Many people report having trouble cutting vitreous glass mosaic tile reliably because of the embossed patterns on the back sides, which can interfere with the blades of the mosaic glass cutter, but if you take simple steps to minimize interference and rotation, it can be done.

What I mean by interference is when the blade slips down into a valley between two ridges instead of staying positioned in the desired line of the cut. 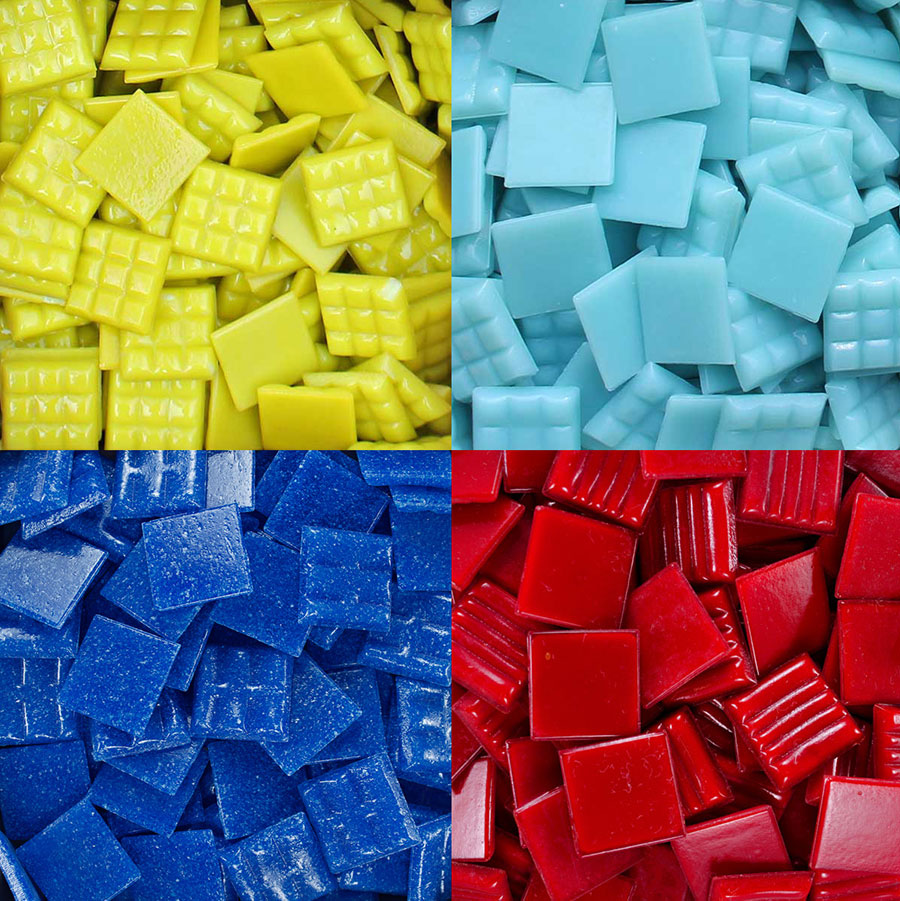 The embossed patterns on the backsides of vitreous glass tile vary by manufacturer. The purpose of the embossed ridges is to help cements and adhesives grip the glass more securely.

Hold the tile upside down so that you can see how the cutting wheels are interacting with the embossed patterns on the bottom of the tile. Make the cut across any longitudinal grooves instead of slightly parallel to them. If you are slightly parallel-ish to a groove, the cutting blade is likely to slide into the groove when you apply pressure. 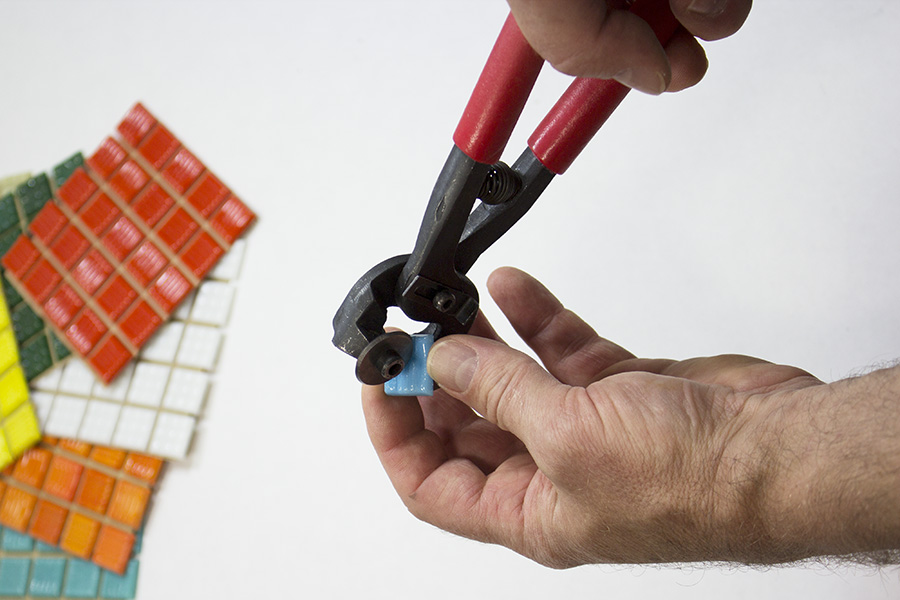 Cut across the embossed ridges in the backsides of tiles instead of parallel to them.

It is important to hold the tile firmly during cutting to prevent it from rotating. Rotating even a little bit can make the cuts curved or incorrectly placed. There are two types of rotation that are problematic: spinning and flipping.

The first type of rotation occurs when the tile stays flat yet spins slightly so that the blade slips down in a valley between two ridges. That is why it is good to hold the tile upside down as explained previously, so that you can see if that is likely to happen based on where the blade is resting on the embossed pattern.

The second type of rotation is equally problematic, and it can cause cuts to be curved instead of straight lines.

This second type of rotation is when the tile doesn’t stay flat in the blades but attempts to flip parallel to them, sort of like paper sometimes does in a pair of old scissors that aren’t pinned tightly together.

You can help prevent this from happening by making sure that the blades of your mosaic glass cutter are screwed on firmly and not loose. We sell hex wrenches (Allen wrenches) for installing and tightening replacement cutting blades. 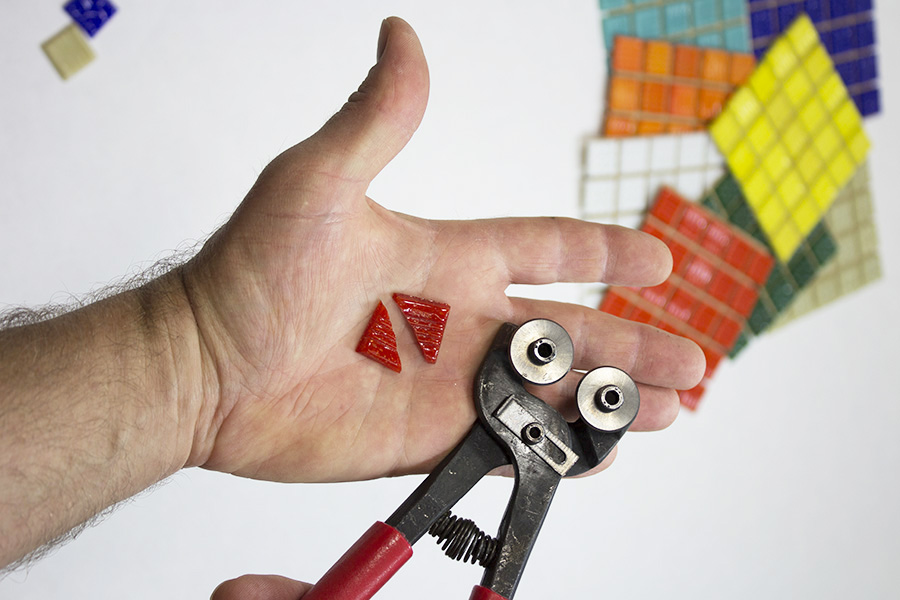 Diagonal Triangles cut from a square 3/4-inch vitreous glass tile. Notice that the triangles are NOT perfect halves that run diagonally from one corner of the tile to the other, That type of uniformity is not critical for Art with a capital A, including fine art and realistic portraiture. If the design you want to make involves a lot of tedious precision (such as a large amount of perfectly even triangles), it can be done with practice and a certain amount of scrap.

Realistic Expectations and Praise for “Noise”

Tiles do not have to cut exactly to shape for them to be useful for rendering an image, and it is not realistic to expect a compression tool to snap glass exactly as desired.

It is much easier to cut up 3 to 5 tiles and pick the piece that works best instead of trying to cut a piece to an exact shape and size. The best piece might not be the exact shape you need, but does the grout gap need to be as uniform as the grout gap in bathroom tiling? Absolutely not.

Of course, you can’t have gross variations in grout gap, and you can’t have it fairly uniform in most places and then wide or wildly variable in other places, but a highly uniform grout gap is not critical for rendering an image, even when you are working photorealistically.

The corner of one tesserae (piece of tile) can even touch the flat side of another provided the rest of that side is open gap, and provided that the rest of the mosaic makes use of similar fits. Your grout gap doesn’t have to be of uniform width, but the style of gap should be similar throughout the mosaic, and you should avoid large variations.

Allowing a little variance in your grout gap and using tweezers are my most practical tips for taking the tedium out of mosaic artwork.

The Details That Matter

When you work a little looser like that, you can concentrate on rendering and what the image looks like as a whole instead of squandering your time on machine precision, which can be an irrelevant distraction.

All that being said, even if you are working more loosely in your cutting and placement, you still might find that there are critical details that require a lot of trial end error and tweaking. In that case, the situation is just like the fine-art portrait painter obsessing about one brushstroke for days, and that’s OK. It’s perfectly OK to obsess over the details that matter.